Following on from our previous article, about the BRC service fee increase 2020, many of you said that you would like to look at alternative certification options to BRCGS.  So, your wish is our command!

GFSI recognised is a must

BRCGS is one of the GFSI recognised schemes which exist worldwide. It’s the most prominent one in the UK, but that’s not to say it’s the only one that’s available to us.

In this article I’m going to look at the other GFSI recognised certificates that are available and the implications of switching to them.

We’ve been in touch with a number of retailers and the general consensus is that BRCGS is not a stipulated requirement, as long as a site is GFSI recognised that’s sufficient.  However, the caveat to this is that customers like BRCGS because it’s detailed enough so that they know there is a good level of compliance.  This means, we need find an alternative that provides as much detail as BRCGS, to give our customers ‘that warm fuzzy feeling’.

The information in this article is very top line.  As we progress through the process of comparison and focus in on the most suitable alternative, we’ll drill down further into the detail.

There are four alternatives to BRCGS that are GFSI recognised: 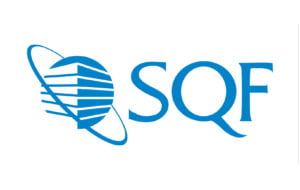 We’ve discounted Primus GFS, as it doesn’t provide certification for all types of food and it also doesn’t have a packaging standard.

Below is a table of how the remaining three GFSI recognised Standards compare to BRCGS.

FSSC22000 and SQF provide all the Standards, except Agents and Brokers. However, you’d have to add quality elements to ensure that both product safety and quality was audited.

The following table shows how many sites worldwide and in the UK are certified.

The data highlights how prominent BRCGS is in the UK.

It looks like FSSC22000 is the second most popular Standard in the UK, although we can’t be sure given that the IFS and SQF websites do not provide us with the full picture.

If they want to be able to provide audits to a different certification, they have to apply to that Accreditation Body and pay to be approved. There are then other fees they have to pay the Accrediation Body.

Then, to apply the CB has to pay $10,000.  They also then pay for the number of audit reports that they upload to the system per year, based on the following scale:

This means that if a CB is just starting out with FSSC2200 audits, they may only update say 30 in the first for example. $5,000 divided by 30 reports is $167 per site. That’s a lot of money to absorb as a business, without passing onto the customer – which is you.

You may wonder why we’re telling you this, but you need to appreciate that the costs to the CBs will be higher in the beginning and they may have to pass some of this cost to onto you as a site.

Or it may mean that it just makes it financially unviable for smaller CBs to do it. And we know from the feedback that you’ve given us, that a lot of the time you get better service from the smaller CBs.

Below is the service fee that you pay to the Accreditation body through your Certification Body.

If we look at the other Standards, you can see that the others are substantially less than BRCGS (unless you are a large turnover site for SQF).

Who do we knock out as an alternative?

We need to remove one of the options at this stage.  Therefore, can you please vote as to which Standard you would NOT use?

Since this article was published, we have collated the results and continued to compare the Standards. If you would like to continue to reading the next article looks at the audit duration protocol; FSSC22000 and IFS audit protocol compared to BRCGS.

In this article we start to compare the Standards to understand the amount of work required to move from one to another.

One in three audits to be unannounced from 2021

The changes to the GFSI benchmarking scheme mean that all recognised certificates will need to have at least one unannounced audit every three years.

In this article we look at how the Standards are structured and the documentation you’ll need implement to achieve the certificate.

Please note: Our online shop is open as normal and all orders are being processed. If you need any help or advice on site, we are here to help. Please call 07955 211023 Dismiss